Arsenal and Serie A side enjoy contrasting fortunes in similar circumstances, 13 years since famous win 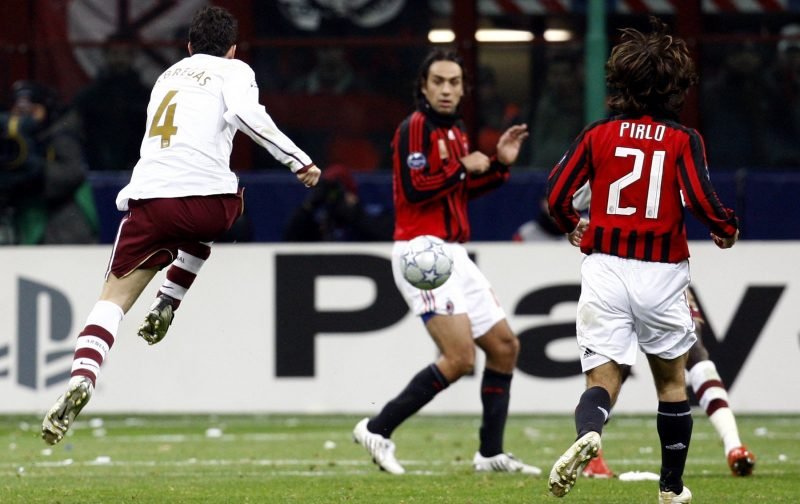 Anniversaries are quite a common theme around this time of year for a club of Arsenal’s stature.

Usually, supporters are reminiscing over Champions League performances from years gone by, now just cherished memories of what the north London outfit once were.

Well, it was no different yesterday as it became 13 years since Arsene Wenger’s men recorded a famous win away to AC Milan.

It was a sensational victory for a few reasons, however, none more so than the fact Carlo Ancelotti’s men were the holders in the competition. And in defeating them, Arsenal became the first English side to win away at the San Siro against the famous Italian outfit.

Fast forward to 2021 and both clubs seem to be in something of disarray. Neither have played in Europe’s premier competition for a few seasons now, languishing in the Europa League.

Whilst Milan haven’t won a league title in just under a decade, Arsenal haven’t lifted the Premier League trophy since May 2004. Both clubs have undergone serious facelifts from the bottom up, from sacking managers to rebuilding first-team squads.

However, whilst the Serie A giants sit comfortably in the top three in the Italian top-flight, Arsenal hopes of a top-four finish are ebbing away as they find themselves stuck in midtable.

Hopes of Champions League football returning to the Emirates Stadium are fading away quickly and with just the Europa League as back-up, it seems we’ll have to wait a while for the next reunion between the two sleeping giants.

In other news, Edu is chasing the signing of a £45m Bundesliga defender.