Another EFL Cup Draw Another Set Of Problems 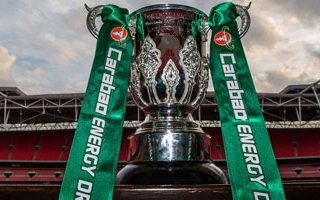 Having fallen for the idea of broadcasting the draw at 4pm exclusively on Twitter, those fans not at work or with other commitments to consider were left waiting for almost two hours following technical issues.

Four announcements trying to explain the delay later, we finally got a pre recorded video and a host of apologies.

The BBC quote both an EFL and Twitter statement.

‘The EFL has received an apology from Twitter UK for the delay which is believed to have occurred as a result of a faulty encoder. The EFL has requested a full explanation into the events that led to this afternoon’s unacceptable delay.’

‘We’re sorry for the issues that led to the delay of today’s round five draw. We would also like to apologise to the thousands of supporters who had been patiently awaiting news of who their team would be playing.’

This of course isn’t the first draw the EFL have had issues with this year, back in June out in Bangkok, Thailand, the list of fixtures displayed showed Charlton facing two ties against different clubs with home and away issues for others. The draw also suffered sound problems.

The second round draw saw more home and away issues for a number of sides and the EFL would’ve been delighted the third draw experiment out in China at stupid UK o’clock of 4.15am went off without hitch.

Sadly that clearly wasn’t to last.