Another Cech In The Frustration Box For Fans 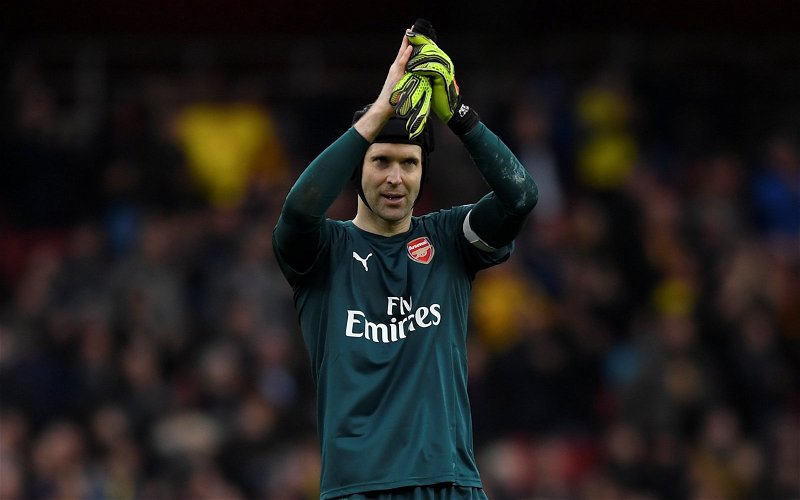 Goalkeeper Petr Cech deserves credit for regularly fronting up for after game interviews and he doesn’t normally hide his own errors or individual performances during those media duties either.

With Arsenal’s form this season and especially our results on our travels, this is starting to count against the big man though as everytime he sticks his head above the parapet, he must surely know he’s going to be picked out by the more frustrated amongst the fanbase.

Especially when he’s had a less than stellar day himself between the sticks.

Sometimes it's better to keep shut @PetrCech Fans are not applauding you stating the obvious. Defence and you are shambolic

With more frustration and anger following defeat to Newcastle United at the weekend, Cech’s words as he spoke to the Official Site barely seemed to register amongst the fans as tempers remained high in the aftermath of the full-time whistle being blown.

“I think that we started well. After going 1-0 up, we were in control. At that point, I thought we’d been doing really well. Unfortunately they managed to score a goal, but in the second half it stayed the same way. We were pretty much in control and we tried to find the openings, the winning goal, but we didn’t create enough in the second half to be dangerous enough. I think the second goal kind of sums up our away season. We collectively made a number of mistakes at the same time which led to their goal, and we devalued our work during the game with a situation like that. I think that it’s happened more frequently than normal over the course of the season, and it’s obviously cost us our position in the league table.”

And we’re only 2 points better than Burnley… really

Cech did deny that the game had come at the wrong time for us, as Arsene Wenger had made some changes to offset Europa League efforts so we couldn’t really blame that but obviously our away form gives rise to a certain nervousness now as we continue pointless in 2018 and with Newcastle having less to play for in his mind, once they regained confidence it boosted them and we just couldn’t find that second goal despite the control we had.

One player came over to the fans today at the end and Wenger and certain personnel have the nerve to say get behind the team. Disgraceful.

What happend .. We don't have any defenders chambers holding why?? AW need to buy some new defenders or else we never win.

Has anyone calculated the loss to businesses and productivity as a result of Arsenal fans being depressed?

What a terrible away performance again! What's the point of resting players? The only thing that will save @ArseneManager is winning Europa league. But I doubt it with this defence and performance.

Possibly the worst Arsenal team since the early eighties. Gutless to a man. Not just embarrassing but disgraceful. The Europa league won’t paper over the massive cracks in the clubs foundations. It’s time for a fresh face at the helm. Wake up and smell the resentment.

Sorry but this is not a game we should have lost… it is depressing!!!

Wenger will rest the boys on Saturday again then when we lose to Atletico it'll be because they were out of shape from not playing.

and to make matters worse, now we've got to worry about Burnley.

Maybe it’s time one of the other seniors took on media duties moving forward, or to at least try and stem tempers pick a player whose words would be more welcome whilst the red mist remains to save Cech from taking the brunt of it?