AC Milan Next Up For Arsenal 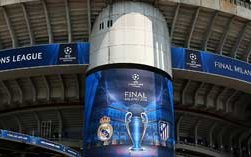 In the draw Round of 16 draw earlier today, Arsenal have been paired with AC Milan in the next round of the Europa League.

Having reached the last 16 stage of the competition with a four two aggregate victory over Ostersunds FK, AC Milan came through their double header with Ludogorets and the matches have now been fixed in the calendar.

Arsenal head to the San Siro on Thursday March 8 for a 6pm kick off time in Italy.

We host them back at the Emirates on Thursday March 15 for an 8.05pm kick off in the second leg.

More information will be released as the game nears.