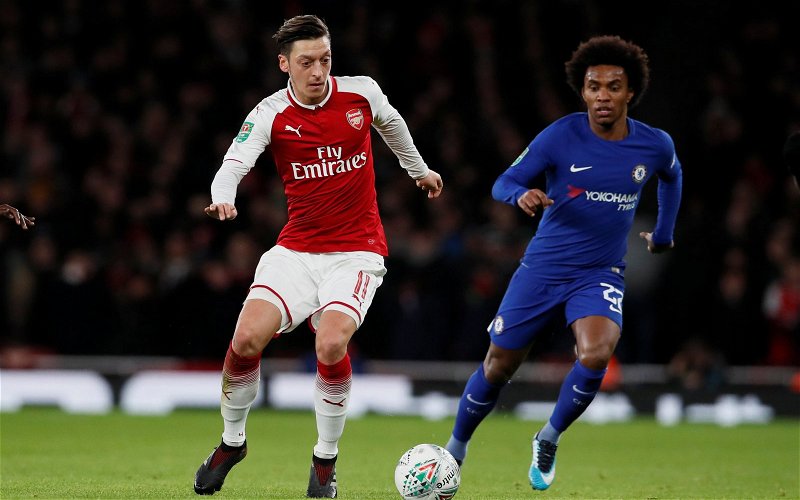 Bernd Leno has been speaking glowingly of Arsenal teammate Mesut Ozil despite the German’s marginalisation from the first-team.

In an interview with Bild, the shot-stopper claimed that despite having been left out of the squads, the German is still a ‘part of the team’.

Leno said: “Mesut is still a part of the team and trains with us. He is absolutely professional, both on the pitch and in the dressing room.”

“Obviously, it’s a disappointing situation for him, but Mesut handles it well and is absolutely loyal.”

Despite having been frozen out for reasons which go beyond football, it seems Ozil still retains an unbelievable standard of professionalism. The playmaker could have easily thrown his toys out of the pram following his embarrassing omission, however, has chosen to take the higher road.

Arteta claims that the 5’11 star was omitted due to football reasons, however, just a simple analysis of the situation shows Arteta is well and truly lying out of his back teeth. Arsenal have failed to score from open-play in over six hours in the Premier League, a stunning show of their lack of creativity without Ozil.

It was argued that Willian could well and truly fill any creative void that would be missing, however, having completed just one take-on all season, there’s more chance of the veteran ace finding the bench than a killer pass in the final third.

Freezing out a player could be understandable, but, when you start lying to fans about the reasons over a player’s absence than you start to lose a whole lot of trust. It’s beggar’s belief that Arteta would lie to supporters over the £350k-p/w ace rather than tell the truth given how obviously the side miss the star.

In other news, click here to find out which star should replace Alexandre Lacazette in the number nine role