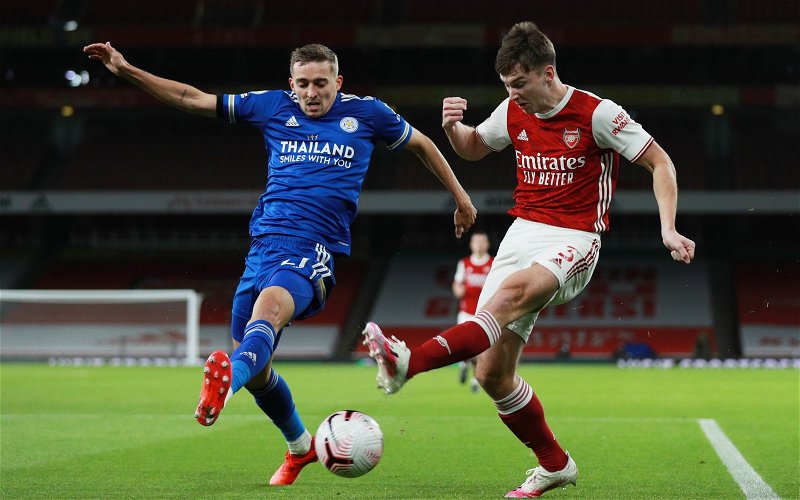 Kieran Tierney missed out on the squad for Arsenal’s clash with Crystal Palace after suffering from a tight calf muscle, Mikel Arteta revealed yesterday.

The £80k-p/w Scotsman completed the full 90 minutes against Newcastle United in the FA Cup last Saturday as the Geordies took the Gunners to extra-time.

However, it has now emerged that the former Celtic man is being rested as the Spanish manager looks to take no risk ahead of the rest of the season.

Arteta said: “He had some muscle soreness. He wasn’t comfortable to start the game and at this period we can’t take the risk.” (via Sky Sports)

Tierney mix between defence and attack is something that has been missing from the side in a very long time. His ability at both ends of the pitch has been on display all season long especially in recent matches.

Against West Bromwich Albion, the 23-year-old was in stunning form as he scored and created a goal. He put in an eye-opening six crosses and completed the fourth-most passes for the Reds as he proved a menace for the Baggies’ defence.

He put in a completely different performance against Brighton and Hove Albion as Arteta’s men found themselves pegged back. However, the defence, and Tierney, stood tall and rebuffed Graham Potters’ side’s efforts. He made the most clearances as he held down his position in the left-back role in a hard-fought 1-0 win.

However, with his absence the Gunners have a more than good enough replacement in Ainsley Maitland-Niles, who showed in the FA Cup last season that he can produce the goods on the left-side.

Tierney’s blend of quality at both ends of the pitch is great to have, but, the young England international is a great back-up to have in your back pocket especially with fixtures coming thick and fast this year.

In other news, Arsenal have appointed a new director of football operations.