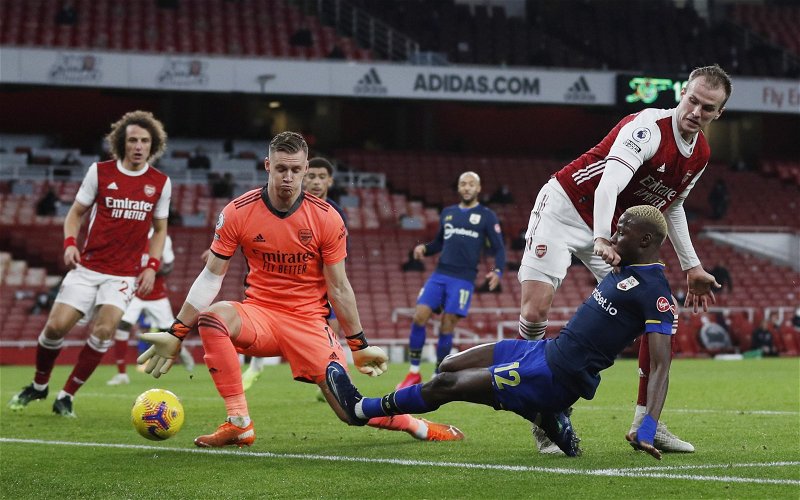 Bernd Leno has come out fighting following Saturday’s loss to Everton after he claimed the team isn’t ‘down and out yet’.

The Gunners suffered their eighth Premier League defeat of the season against the Blues thanks to goals from Rob Holding (own goal) and Yerry Mina.

Speaking in an interview after the game, the £28.8m-rated German believes the side are in a bad place and that their confidence has taken a hit.

Leno said: “A lot of things are going wrong for us, the situation is getting heavier and our confidence is not at the top level. It hurts very much but this team is still alive and it’s not the time to feel sorry for ourselves.” (via The Sun)

Take Pierre-Emerick Aubameyang as an example. His words following the draw to Southampton were far from reassuring with the Gabonese forward claiming he ‘stays on his path’ when things go bad. Just in case some of you may have forgotten, this man is our club captain.

If the chosen leader of the team doesn’t have the guts and courage to speak up when the going gets tough, who will in the squad. It sets a terrible precedent for the younger members of the squad, who may follow his example.

In Leno, Arsenal have someone who clearly doesn’t mix his words and isn’t afraid to voice his thoughts. Just last week he publically lashed out at his own teammates following their terrible run of form, words that are needed in tough moments.

In other news, Jamie Redknapp has lashed out at this ace following this display during the Everton loss.